SweetNote Entertainment, a Production Company in Pittsburgh, Pennsylvania, presents an annual Rock’N’Soul Christmas Show that brings regional musicians, fans and area businesses together to raise toys and donations on behalf of the Toys for Tots Foundation to give to children during the holiday season. Each year, SweetNote collaborates with local businesses and corporations to make sure that everyone involved goes home “just a little bit happier.” Products and services are donated to the company and given away during raffles and to bands, who perform during this charitable event. According to B. Michael Smith, owner of SweetNote Entertainment and Coordinator for this event, set for December 14, 2014, “The primary goal of Toys for Tots is to deliver, through a new toy at Christmas, a message of hope to less fortunate youngsters that will assist them in becoming responsible, productive, patriotic citizens. Our organization is dedicated to the process of making that happen, but we need your help (speaking to artists and businesses all over the United States).”

This year, two Florida-based companies are getting involved in SweetNotes Rock’N’Soul cause — Playas Mob Radio and Shorty Produkshins.

Playas Mob Radio, a weekly radioshow that is based in Fort Pierce, broadcasts out of 6 FM stations around the State of Florida and to an International fan-base of Online listeners. Playas Mob Radio, dedicated to breaking Independent Artists, Businesses and Causes, will be presenting one winning band or business with a promotional radio spot during a high profile show to talk about their brand’s history and any upcoming releases. If it is a band that wins this promo spot, they will also have their latest radio-edited release placed into regular rotation during The Playas Mob Radio Show on WJFP FM. The show will be live on-air and will also be archived for promotional usage for the brand in both Online and Offline arenas.

Shorty Produkshins, an Orlando-based Online Promotions Company specializing in Social Branding and Event Marketing and also affiliated with Playas Mob Radio, will be giving away a few items to encourage entrepreneurship, musicianship and, of course, giving during the holiday season and into the new year. A spokesperson for Shorty Produkshins states that, “It is our way of giving back, while helping artists and brands find awareness in the new year. We initially were giving away one graphic art in the form of a digital flyer to one winner to help boost their visibility, professionally and with intrigue, and we still are. However, we realized the need brands have in establishing credibility and awareness that lasts the lifetime of their career. So, we decided that we could write articles, as well, for five brands or bands who really deserve it — which would be more beneficial to them than a graphic design that serves the purpose of one project or announcement. These services will also really benefit their Internet Marketing and SEO efforts.” They have donated one graphic design and five written articles to promote independent progress in the Pittsburgh Area.

With December 14, just two days away, we can only imagine the magic that the night will behold. Artists, businesses and audiences at Pittsburgh’s Sing Sing venue at the Waterfront can expect a night of entertainment, holiday spirit and motivation to usher them into 2015. Performing at this event, SweetNotes own Lyndsey Smith and Soul Distribution will take the spotlight alongside acts such as Kinetic, Sun Hound, Hakim Rasheed, Mike Why, Ine, Gene Stovall, Devan Rue and Brian Woods. With a roster like this, this is definitely a night to remember! 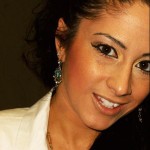